Apply Now – No application or processing fees (pricing below) 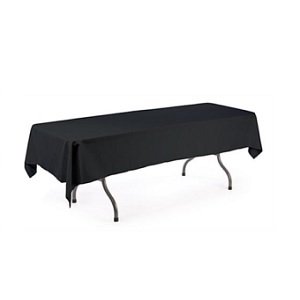 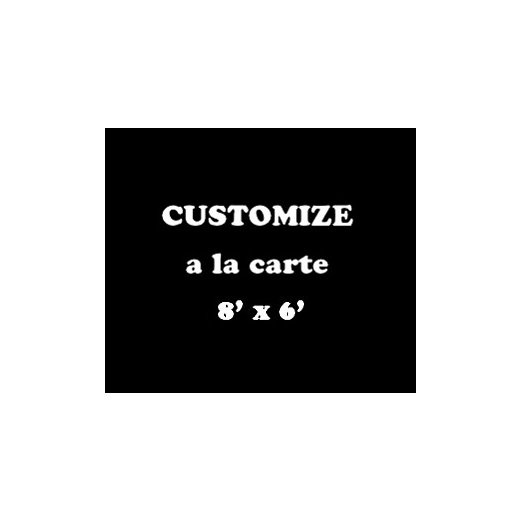 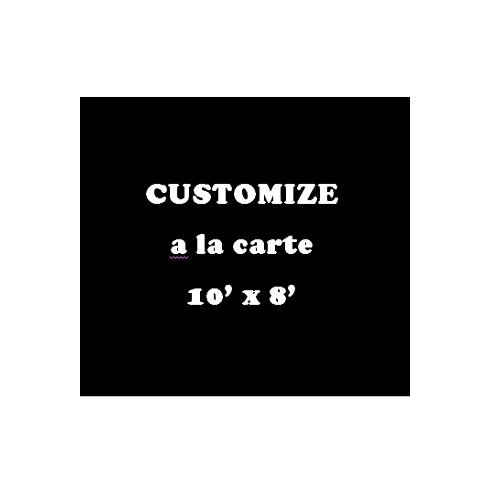 Unlike most market producers, we do NOT charge application fees.
We do NOT charge credit card processing fees either.
We understand that it all adds up.

Located in Chicago’s Historic Ravenswood neighborhood, Artifact Events is a beautiful backdrop for an artisan market. Ravenswood is located on the “North Side” of the city of Chicago, Illinois. It is mostly situated in the Lincoln Square community area, with the portion east of Ravenswood Avenue and the Chicago & Northwestern/Union Pacific North Line railroad tracks being situated in the Uptown community area. (Read our ode to Ravenswood.)

Artifact Events is surrounded by affluent north side neighborhoods filled with young professionals, families with kids, and empty nesters.

Ravenswood was founded in 1868 as an exclusive commuter suburb by a group of real-estate speculators. These speculators formed the Ravenswood Land Company and purchased 194 acres of farmland and woods eight miles north of Chicago. The woods supported a population of ravens. Ravenswood is known for its courtyard-style residential buildings. Once considered an “up and coming” neighborhood, Ravenswood has seen its real estate values skyrocket since the 1990s.

This space for the Sat-Sun, market is a unique combination of exposed brick walls, wood floors, high ceilings, an open atrium, and both natural & supplemental lighting. The bonus is a treasure trove of architectural artifacts that give the place its distinctive feel.  The indoor space opens to “The Courtyard” outside (a popular wedding spot featuring 6 Roman columns), where we’ll have a limited number of 10′ x 10′ tent spaces available (BYO-White 10′ x 10′ Tent).

*  By car, the venue is accessible by I-90/I-94 to the West and N. Lake Shore Drive to the East, as well as major City avenues (Lincoln Ave. to the West, Clark St. to the East).  There is ample free street parking along Ravenswood Ave. immediately west of the venue.

* There is a nearby METRA stop along Ravenswood Ave. that services the wealthy North Shore (Union Pacific-North line).  The ride – ~10 minutes from Evanston, and ~15-30 minutes from Wilmette, Kenilworth, Winnetka, Kenilworth, Glencoe, Highland Park and Lake Forest.

* Chicago’s elevated CTA trains also stops at the nearby Montrose stop of the “Brown Line” from the Loop (the City’s 3rd busiest “L” route). 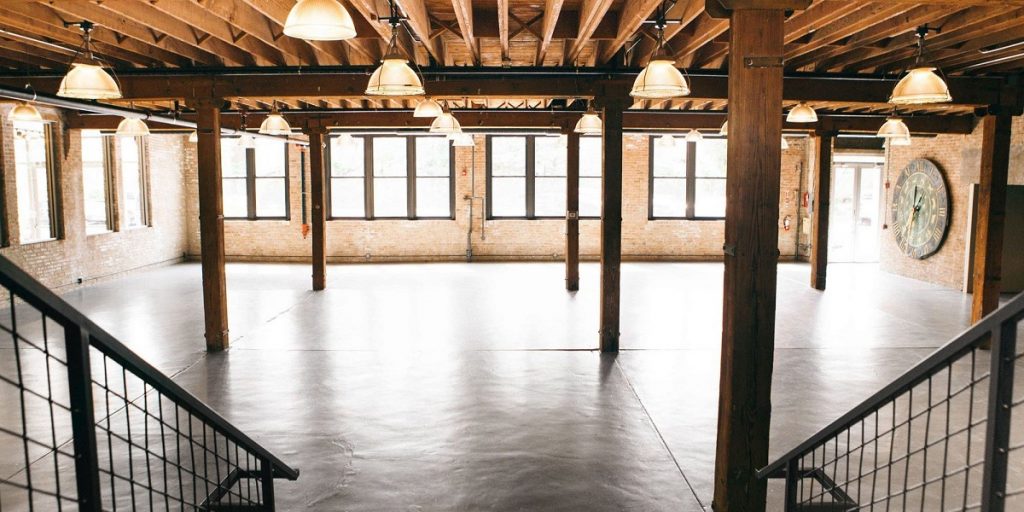 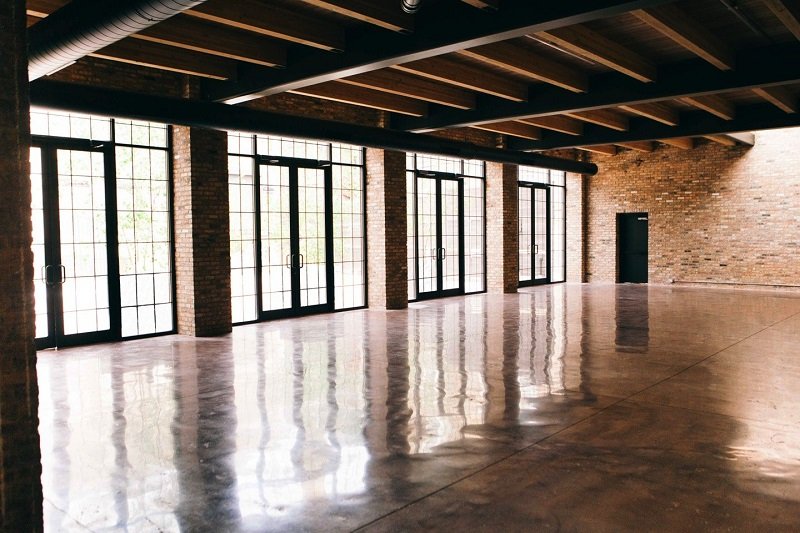 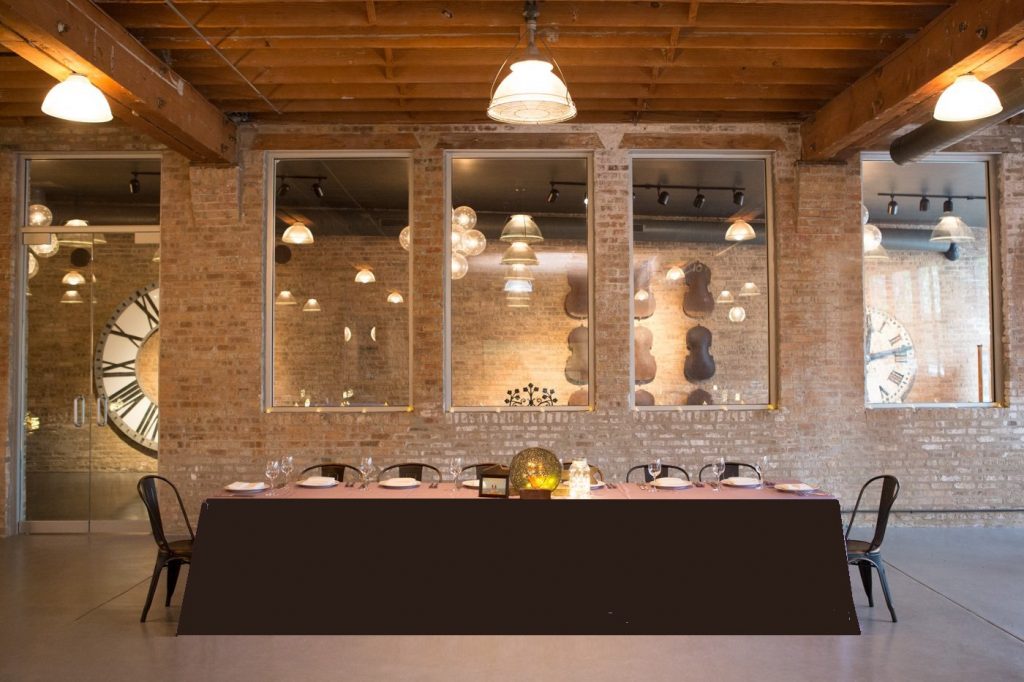 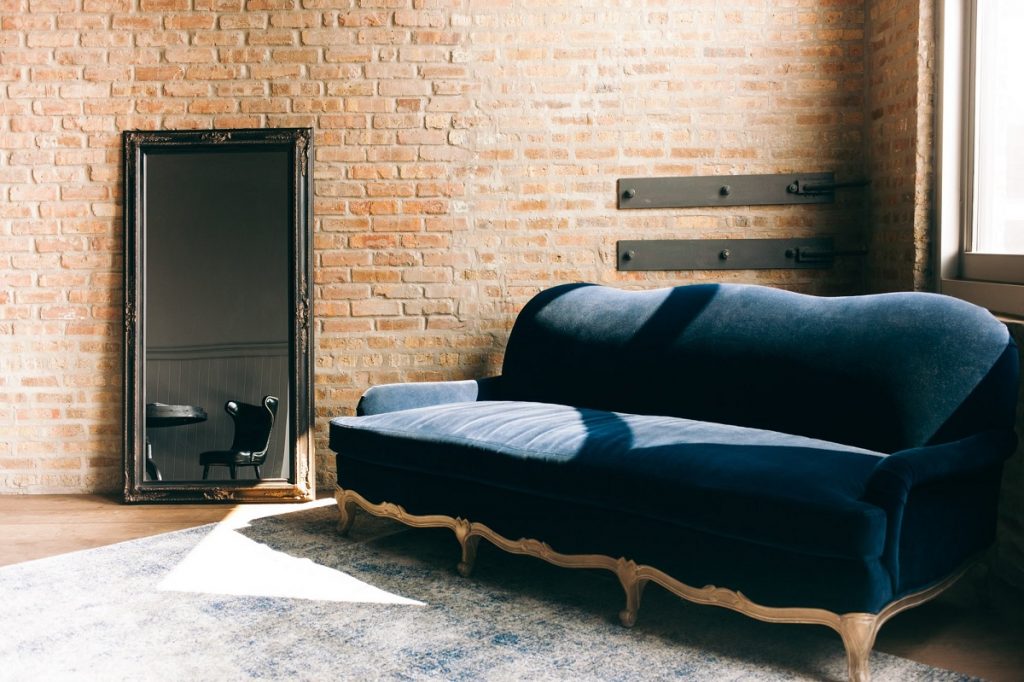 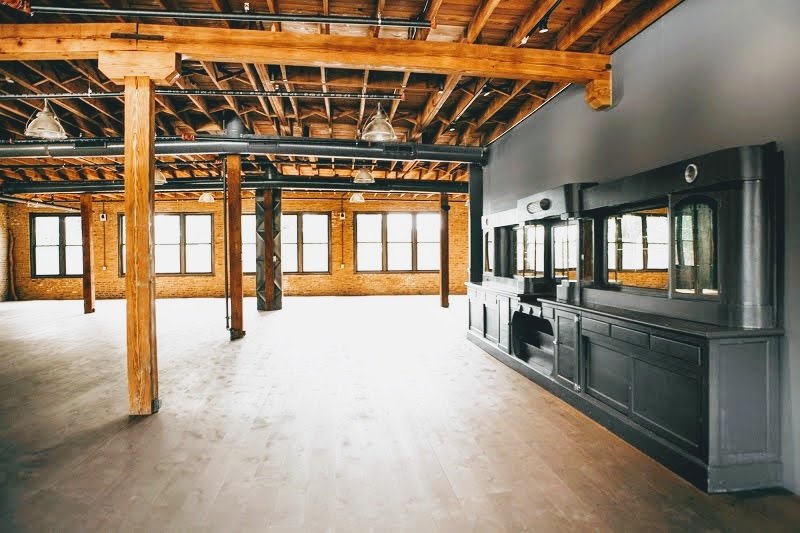 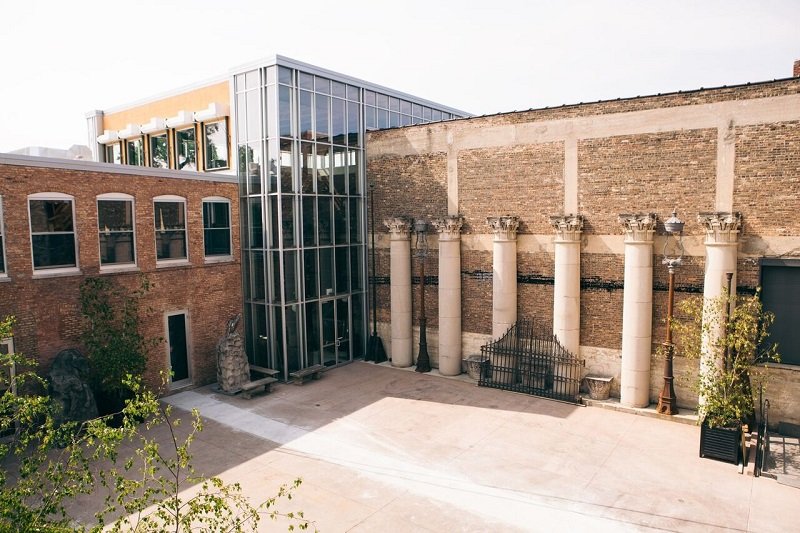 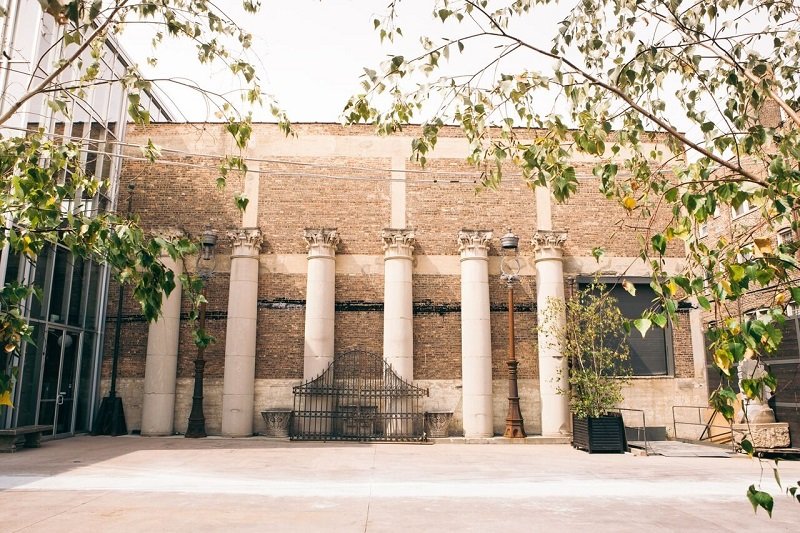 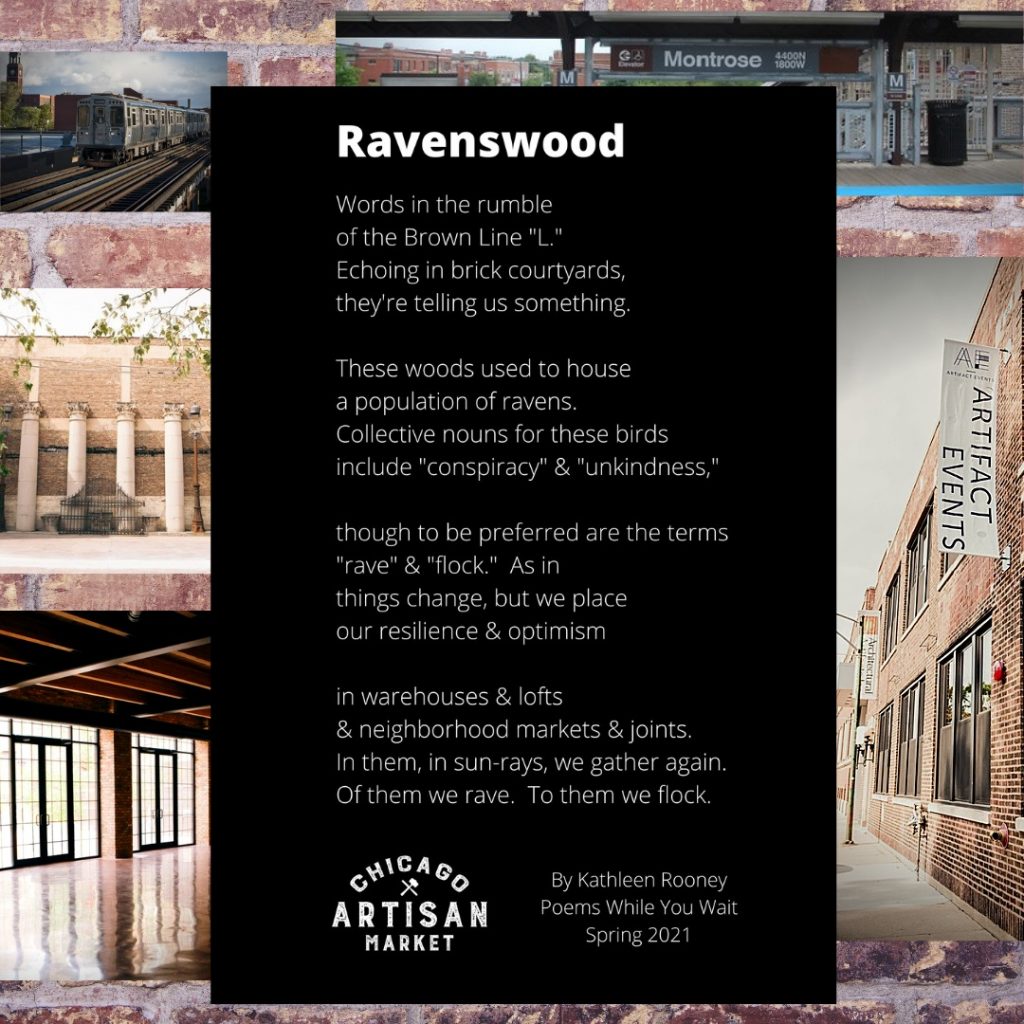